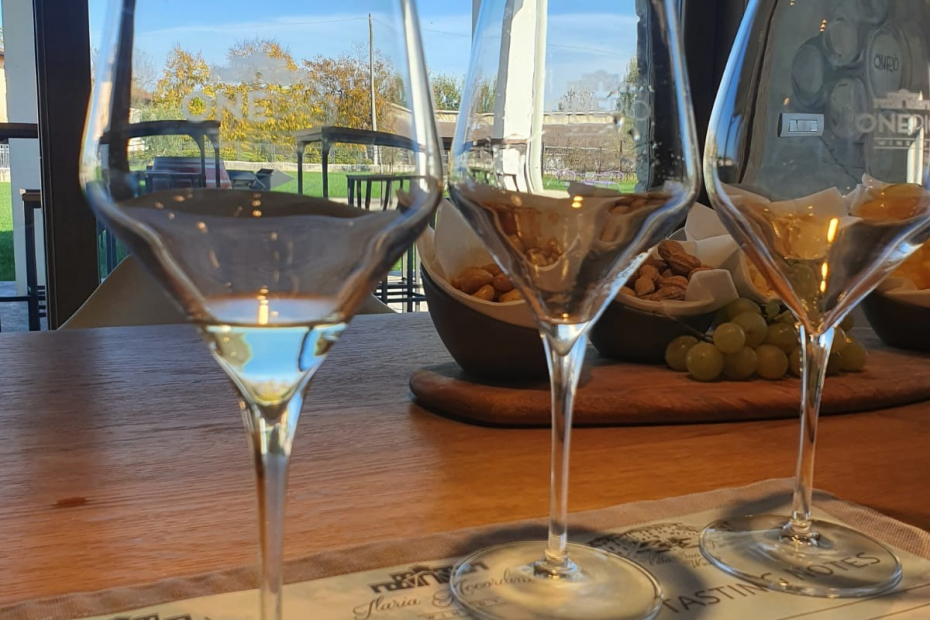 Over the years I have become close friends with one of my neighbours over in Italy, Gabriele Righetti. Gabry is from Negrar in the Valpolicella area of Veneto, north of Verona and is extremely knowledgeable and typically passionate about wine.

In Negrar alone, there are over 200 Cantinas producing wines in varying volumes for a wide range of customers such as supermarkets, restaurants and export to Europe. Interestingly, not so much into the UK (except Prosecco of course) and certainly not a great volume of the quality that’s available to buy in Italy. The UK market tends to be heavier on Spanish, French and New World wines I think.

During the long hot summers I have been out there, I took on the tough task of touring round some of the Cantinas that Gabry was familiar and friendly with and in some cases related to, to sample some of the wines available. Apart from the occasional hangover, the result of our trips was to realise that I have now tasted, sampled and bought some of the best wines produced anywhere in the world. For the record, I am in no way a wine expert, just an enthusiastic taster that can recognise a great wine from a poor wine I think.

The cantinas we always visited, were smaller, family owned and not supplying into the supermarket trade, where it’s absolutely all about low price and volume over quality of product. These cantinas are producing incredible quality products but in smaller volumes. Their passion and enthusiasm for what they are producing comes through loud and clear in the product that is available, whilst still being at a realistic price.

At this point I decided to see if there was an opportunity for me to bring the products into the UK to sell to friends, colleagues and potentially into the trade. Importing wine certainly isn’t straightforward and is top heavy with import duty (just under £3.00 per bottle!), plus vat, transport etc. But, I still think it is worth making the effort as the UK wine drinker in recent years has become more focused on quality as well as price, especially in the stay at home lockdown times. The thing that interests me is that we all pay maybe £20 for a bottle of house wine in a restaurant without realising that the wine we are drinking starts it’s life as a wine costing less than a Euro from the Cantina in Spain, France or wherever.

So, I have decided to bring some batches of wine across, initially from two production areas and only 4 or 5 cantinas to start with, to gauge customer feedback and see if there’s an opportunity for us. The two regions I am focusing on are Valpolicella, which most of you will be familiar with for red wines and is famed for the big and bold Amarone red wine, and also a region called Lugana, which I doubt anyone has heard of.

Lugana is a very small production area and I am lucky enough to live in the heart of this region. They produce mainly white, rose and sparkling wines, due to the soil type, and the whites in particular, are without doubt better than anything I have ever tasted and are truly outstanding. They are drinkable on their own or paired with food, but definitely drinkable! Lugana is less known with the major resellers, although Virgin wines have one for sale at £11.99.

The Lugana sparkling, are, along the lines of Prosecco, but far superior to the mass-produced stuff most of us are drinking in the UK. Remember, your Tesco £5.99 prosecco starts it’s journey to your fridge as a wine costing around 80 pence! I will add some outstanding Proseccos to the range in the coming months as well, however. The Lugana Rose is light and easy drinking, especially in the summer and is well worth trying.

In terms of price pointing I have tried to compare what the major wine resellers are doing, (excluding supermarkets) such as Laithwaites, Virgin Wines, Naked Wines and Majestic Wines. These are the ones that seem to offer the full Valpolicella range of any notable quality. I know we can offer better prices in general than they can and better quality, absolutely.

All the wines we are bringing in are DOC (The Italian wine control certification) certified, but in a few instances I am able to offer the same wine from the same cantina under a slightly different label to save a little money. The cantinas can only produce a certain volume of wine under the strict DOC control, so often they do the same wine in a none-DOC labelled bottle to get around it. Where I have both these options available, I will make it clear to people.

What I will have produced in the next couple of days is the price list giving options and choices on and I am planning to sell it in mixed cases of 6 bottles so you can choose which ones suit your tastes and give them a try if you like. By the end of next week, I will have a decent stock of everything on the list .

Assuming the feedback is positive I will have a full pallet shipped in during December. I have also done a deal with DHL to have boxes shipped in direct from Italy to people’s door for no additional cost, based on 3 boxes of 6 bottles. More information next time on this.

The company we have created is called Viniveneti (translates as wines from Veneto).